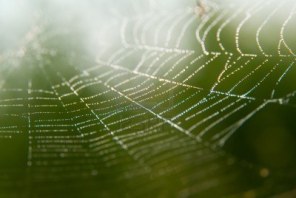 Reading through the “Financially Fit” section of Yahoo! I read a timely article regarding protection plans.  (Timely because of the upcoming Christmas shopping season.  How many times have you been asked/shamed/bullied into buying one of these things while completing your gift list.)  The article was titled:  “6 Reasons Why You Should Never Purchase an Extended Warranty.”  The articles sights reasons such as:  “The Necessity of Repairs is Rare.” and “Warranties Are Not Cost Effective.”  But the one explanation I thought was convincing was:  “Extended Warranties are Not Always Effective.”  That’s just great.  You pay extra for peace of mind, only to lose you mind when the won’t fix your item.  Why?  “Extended warranties are typically rife with exclusions and fine print.”

On this night of the second political debate (Obama vs. Romney), I am thinking about the state our country is in.  Whatever be the employment rate or consumer spending rate… everyone knows and feels it in their bones that things aren’t as good as they used to be in this country.  We feel trapped, tired and vulnerable.  Where do we run for protection?  To politicians?  To a diverse portfolio?  How about investing in the latest scam I read about online: “lay off insurance”?

The Bible is clear about where to run: ” The name of the LORD is a strong fortress; the godly run to him and are safe.” (Psalm 18:10)  His protection plan is like no other.

Gary Oliver told the story of a believer by the name of Frederick Nolan.  He was “fleeing from his enemies during a time of persecution in North Africa.  Pursued by them over hill and valley with no place to hide, he fell exhausted into a wayside cave, expecting his enemies to find him soon.

Awaiting his death, he saw a spider weaving a web.  Within minutes, the little bug had woven a beautiful web across the mouth of the cave.  The pursuers arrived and wondered if Nolan was hiding there, but on seeing the unbroken and untangled piece of art, thought it impossible for him to have entered the cave without dismantling the web.  And so they went on.  Having escaped, Nolan burst out and exclaimed:  “Where God is, a spider’s web is like a wall.  Where God is not, a wall is like a spider’s web.”  (What Makes a Man?, Bill McCartney, editor, p. 28.)

Feeling needy?  Vulnerable?  Run to the Lord.  His love is unfailing,  his extended protection never wears out and His web of protection is sure.

13 And lead us not into temptation, but deliver us from the evil one.

The song “Days of Elijah,” penned by songwriter Robin Mark, is a song of hope and courage sung by many congregations today.  On his website the author shared the inspiration for his song:   “…the song came from watching a television “Review of the Year” at the end of 1994. This was the year of the Rwandan civil war tragedy which claimed 1 million people’s lives, and also when the first ceasefires in N.I. were declared. On this TV review were a lot of daft stories, happy stories, serious stories, and then absolutely devastating stories like the Rwandan situation. As I watched the review unfold I found myself despairing about the state of the world and, in prayer, began asking God if He was really in control and what sort of days were we living in.”

CHORUS:
Behold he comes
Riding on a cloud
Shining like the sun
At the trumpet’s call
Lift your voice
It’s the year of jubilee
And out of Zion’s hill salvation comes

Robin continued:  “I felt in my spirit that He replied to my prayer by saying that indeed He was very much in control and that the days we were living in were special times when He would require Christians to be filled with integrity and to stand up for Him just like Elijah did, particularly with the prophets of Baal. “These are ‘Elijah’ days”. Elijah’s story is in the book of Kings and you can read how he felt isolated and alone in the culture in which he lived. But God told him to stand up and speak for Him.”

The Gospel writer Mark begins his gospel not with the birth of Christ (like Matthew and Luke), but with the story of John the Baptist.

2 It is written in Isaiah the prophet:  “I will send my messenger ahead of you, who will prepare your way”  3 “a voice of one calling in the desert, ‘Prepare the way for the Lord, make straight paths for him.’”

Mark does not use a lot of Old Testament Scriptures.  The only other places he does so is when he quotes Jesus quoting the Old Testament.  Many believe he does this because his audience is a gentile one and they would not be familiar with Jewish writings.   But Mark starts out by quoting this Scripture, why?

His quote is actually a mixture of Scriptures:  Exodus 23:20 & Malachi 3:1 & Isaiah 40:3.   Mark reveals that the Torah, the Major Prophets AND the Minor Prophets all proclaimed the forerunner of the Lord, John the Baptist.  He quotes the Scriptures to declare that the story of Jesus didn’t begin in a vacuum.  There is history.  This story is the fulfillment of the plan of God.

Remember, the Jews thought a cross was a curse.  The Gentiles thought a crucified King was the punchline of a sick joke.  And Mark wants us all to know from the beginning:  “This is the fulfillment of the plan of God.”

Out of the wilderness of Israel’s journey with God (700 years without a prophet) a voice proclaims the way of the Lord.  The world we live in — everyday and in every way– “doesn’t want to hear the message of Jesus!”  We can find ourselves “despairing about the state of the world” and pray, asking God if he is “really in control.”  Are we as faithful as John to, even in this fallen world, “prepare the way of the Lord?”

As Mark’s lyrics points out, today, WE are the voices in the desert crying:  prepare the way for our Lord’s second coming!  Why”  Because it is we that that have the hope that one day “out of Zion’s hills, salvation comes!”

“Children’s children are a crown to the aged…” 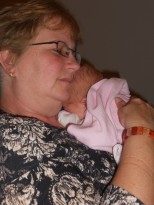 Me?  Not sure how that title felt to me… 9 months ago.  Now I am cool with Papaw, Pop Pop, Grandpa Wayne… whatever.  There is something mesmerizing about staring into that little face.  Sydney is so photogenic, so perfect, so precious.

It seemed we fight getting older and the titles that come with that.  But it is beyond special when you actually experience the moments that only come with age.  It is fitting.  It is right.  A crown God made for us to wear… but only when you are older.

Hope to get up here to Pennsylvania more often… because I need some time with my granddaughter.  There is a whole lot I need to share with her.  So much I want to experience with her.  I heard that a third grader once remarked:  “Everybody should try to have a grandmother, especially if they don’t have a television, because they are the only grown-ups who have time.” (quoted in Stories from the Heart,  p. 160.)

Enjoy this time in my life.  Let me be a Godly influence, Lord.