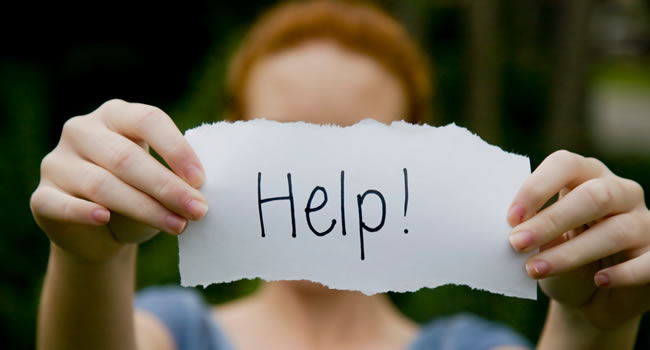 A few months ago a suicide was reported in the national news.  Matthew Warren, son of Rick Warren – the pastor of Saddleback Community Church in southern California – bought a gun over the internet and ended his life.  (He was 27.)  The news struck the Christian community very hard.  There were those that chose that moment to attack the popular pastor, but many more that offered words of comfort in the aftermath.

One article was valuable to me as a pastor was:  “When Suicide Strikes in the Body of Christ” by Al Hsu.  In the article he mentions our passage today.

“The Bible has a very powerful example of suicide prevention. Acts 16 tells about when Paul and Silas were in prison in Philippi. When an earthquake opened the doors of the prison, the Philippian jailer drew his sword and was about to kill himself. He thought that the prisoners had all escaped, and he decided to kill himself rather than face execution. But Paul cried out, “Don’t harm yourself! We are all here!” He intervened in the jailer’s life and stopped him from killing himself. He gave him a reason to live and led the jailer and his whole family to Christ.

We can do the same. If you see people who are in despair, tell them, “Don’t harm yourself! We are here for you!” The warning signs of suicide include prolonged depression and hopelessness, isolation or withdrawal, loss of interest in usual activities, giving away possessions, suicidal thoughts or fantasies, and suicide attempts. If you see these warning signs in a loved one, get help. Talk to them about it. Ask if they’re doing okay, and specifically ask if they’ve thought about killing themselves.” (Read the full article here:  http://www.christianitytoday.com/ct/2013/april-web-only/when-suicide-strikes-in-body-of-christ.html)

I have as a pastor had on two occasions in which men show up at my doorstep  just after attempting suicide.  I wish I could tell you I was well equipped in seminary for those events.  Ministry in such moments is messy and requires a lot of prayer.  (Thankful for a prayerful wife in such ministry moments!)  What struck me about both situations was how isolated both men had gotten themselves.  I wondered if a strong sense of community might have helped them. I am grateful that they reached out to someone before the attempt was successful.

There is a whole lot of words that can be brought to bear on how to counsel the depressed and suicidal.  Paul’s words are now among my favorite.  “Don’t harm yourself!  We are all here!”  Is there someone you know that need those words today?