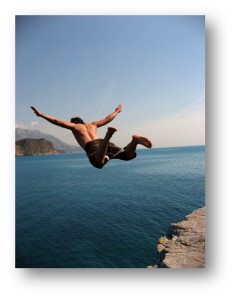 It was Vietnam, 1968 and for the past two weeks, the Ghostrider division had been shuttling troops and supplies for a big push in the central highlands at Plie Merong.  On September 21, 1968, Dr. Kenneth Swan was surgeon of the day at the Army’s 71st Evacuation Hospital.  This 33 year old doctor had only been in Vietnam for a month.  One of the soldier with the Ghostriders came in that morning, Private Ken McGarity.

X-rays revealed what the surgeon already knew: The soldier’s legs would have to come of.  As Swan worked on the amputations—both legs above the knee—he coordinated the activities of the team of doctors he had called in.  The orthopedist treated the shrapnel wounds in McGarity’s arms.  The ophthalmologist removed the man’s left eye and cleaned the wounds to his right eye, hoping to save it.

When the orthopedist had done all he could on McGarity’s arms, Swan amputated the ragged stump of the soldier’s right pinkie finger.  Then, in a final delicate and involved surgery, the neurologist performed a craniotomy, cutting though the top of the soldier’s forehead and lifting away the skull so that he could extract the shrapnel from the brain’s frontal lobes—damage that might have a lobotomizing effect.  Or worse.

For eight hours, the surgeons stood in their muddy boots on the concrete floor and did the best the could to repair Ken McGarity.  The next morning, Dr. Swan was not prepared for the grilling he would receive from his commanding officer.  “Why did you decide to treat the recent casualty so aggressively?”

His commanding officer continued:  “The next time you make a call, ask yourself what kind of life you’re condemning someone to.”

20 years later in 1989, Peter McPherson, a young freelance journalist, called Dr. Kenneth Swan, then a professor of surgery at the University of Medicine and Dentistry of New Jersey.  During his interview with Swan, he asked: “What was the toughest case of your career?”

After telling McPherson about McGarity, he said, “He made it back to the States, that’s all I know.”  He still felt the words of his commanding officer and felt guilt for what he had probably put this young man through.

After the article by the reporter appeared, readers wanted to know what happened to the soldier.  So McPherson and Swan set out to find out.  Two years later, in July of 1991, Dr. Swan finally learned about his former patient, Kenneth McGarity. He now lived in Columbus, Georgia.  He had a wife and two daughters, had completed his high school education, attended Auburn University and had learned to scuba dive.

I’m left with a question:  How did Kenneth McGarity manage to put a life together against such great odds?  How was he able to push past obvious barriers in order to do so?  These people inspire us when we feel limited by our own set of circumstances.

I think of a friend in Ohio who has a vibrant faith but also has an alcoholic son that is killing himself.  During one of our visits to her home we saw his her son’s car parked outside their home and could see where he had driven it through a mailbox coming home drunk the night before. She still maintained her joy in Christ.

I think of an older gentleman in a former church who never let age or anything keep him from the Food Pantry when it was our month to serve.  He mowed his elderly neighbor’s yards each week and kept most of the our church steeped in tomatoes and green beans during the summer.

I think of a young lady Janine and I met when we were on vacation at a friend’s church.  She had Lou Gering’s disease.  For the father’s day service that Sunday, she stood and sang “You Raised Me Up!”  There wasn’t a dry eye in the house.

How did these individuals push past their barriers and on toward faith?  In Genesis 17, Abraham faces 3 common barriers to faith and overcomes with God’s help.

The text begins:  When Abraham was ninety-nine.  Abram’s Golden Years were changed to his Prime of Life  at the call of an all powerful God.   When God says, ”I will establish My covenant with you.”  Our excuses sound thin.  It isn’t about your age. It is about El Shaddai – “I am God Almighty.”  This is the first appearance in the Bible of this name for God.

“Walk before me and be blameless…” God instructs Abram.   Many of us struggle with how much of our hearts to give the Lord. Does it mean going to church every Sunday?  Does it mean giving every thing I own to feed the poor?  We fear surrender because we don’t know what it will cost us.  But God’s command here is more than just more religious duty tacked on to your already busy life.

True commitment to God permeates one’s existence.   “Do I have to go every Sunday?”  That question doesn’t enter the mind of one wholly committed to God.  It’s like putting the garbage out the night before trash day.  You don’t have to, but things are bound to start smelling.   “Do I have to give everything I have to feed the poor?”  That question causes us to give nothing.  True committment asks:  “How much can I give?”   That’s a question that comes from a heart permeated with God’s love and message.

The impossible is a stumbling block for most of us.  Charles F. Kettering was said: “When I was research head of General Motors and wanted a problem solved, I’d place a table outside the meeting room with a sign: Leave slide rules here. If I didn’t do that, I’d find someone reaching for his slide rule. Then he’d be on his feet saying, “Boss, you can’t do it.”

But some of us dare to tell God what he can and cannot do.  We give up on an unbelieving relative.  We set limits on our abilities.  We accept unjust laws because, “you can’t fight city hall” or “that’s just the way things are.”

Abraham does the same:

Then Abraham fell on his face and laughed, and said in his heart, “Will a child be born to a man one hundred years old? And will Sarah, who is ninety years old, bear a child?”  And Abraham said to God, “Oh that Ishmael might live before You!”  But God said, “No, but Sarah your wife will bear you a son, and you shall call his name Isaac; and I will establish My covenant with him for an everlasting covenant for his descendants after him. (Genesis 17:17-21)

To push past this barrier we need to say:  However God says it will be, I will believe!  It was at this point that Abraham balked.   He said:  Though it is my heart’s desire to have a son by Sarah… I make it easy for you, God, to fulfill this.  Just use my son, Ishmael.  God tells him, NO!  You stand back and see what I can do.  And Abraham’s cynical chuckling was turned to joyful laughter when the promises of a faithful God were fulfilled just one year later.

There is a new song by Casting Crowns that has been running through my head lately.  Perhaps you could use its encouragement. The song is called Dream For You and the bridge and chorus say:

I’m stronger than you think I am
I’ll take you farther than you think you can
You sing and call me Great I Am
So take your stand
My child, if you only knew
All the plans that I have for you
Just trust me, I will follow through
You can follow Me.

See what God has dreamed for you.  Push past the limits of YOUR faith.