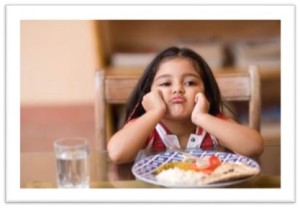 There are a lot of new diets beginning about now.  Thanksgiving and Christmas feasting is giving way to New Year’s fasting.  But I want to talk to you here at the beginning of the year about your appetite.  Do you have a good one?  Not for chocolate or roast beef… but for things that really matter.

Continuing in our devotions through Genesis, we come to the story of Jacob and Esau “when the boys grew up.”  Like most teenagers… both of these boys have a strong appetite.

29 When Jacob had cooked stew, Esau came in from the field and he was famished; 30 and Esau said to Jacob, “Please let me have a swallow of that red stuff there, for I am famished.” Therefore his name was called Edom. 31 But Jacob said, “First sell me your birthright.” 32 Esau said, “Behold, I am about to die; so of what use then is the birthright to me?” 33 And Jacob said, “First swear to me”; so he swore to him, and sold his birthright to Jacob. 34 Then Jacob gave Esau bread and lentil stew; and he ate and drank, and rose and went on his way. Thus Esau despised his birthright.

We see in this brief passage, two approaches to life.

Jacob’s name meant “heel grabber” or if you prefer:  “crook.”  And you can tell from this tale, he was already proficient in subterfuge .   Do you know who it was that Jacob took up after?  Grandpa Abraham and Daddy Isaac!  Not once but twice Abraham got in trouble for saying his wife was his sister.  Isaac followed suit and did the same once.  The thing about Jacob, however, was that he (unlike either of them) he was very good at it.  There are those that discover young in life that they are gifted at deception. Now verse 27 calls Jacob a “peaceful man, living among the tents.”  “Peaceful” can mean “refined.”  This tells us that Jacob wasn’t a common crook… but more like an embezzler… smart and cunning in his approach.

Are you good at deceit?  Then it can be very tempting for you not to wait on God but to take what ever you want… when you want it.

What was at stake in this story?  The Birthright – the oldest son’s share of the material estate of the family.  Usually a double share.

Is Esau giving up all of his share or is he flipping things and giving Jacob the double portion?  We don’t know from the text.  What is most important to the text and the context is his statement: “of what use then is the birthright. “  This would have cause the readers of Genesis to gasp! To say such a thing, even with the threat of death over one’s head would have been unthinkable.

I recently read a poem by Jeanne Steig called: “Twins”

“Is mine by rights. But I’ll have died

Of hunger first. For pity’s sake—

My birthright for your lentils, Jake.”

Dig in, before the stuff gets cold.

Esau ate and drank and went about his business, indifferent to the fact that he had just given up something very precious.  But Esau’s failure was not just that he was hungry or impetuous.  It was that he was godless.  That doesn’t mean he didn’t believe in God, but that God didn’t matter all that much to him.  Verse 34 says he “despised” or showed contempt for his birthright.  The writer of Hebrews (12:16) warns us that in the church there is to be… “no immoral or godless person like Esau, who sold his own birthright for a single meal.”

To live and breathe and go about your life without thought to the purpose given you by Almighty God is a godless way to live.   Is your goal of living to collect the most do-dads. Or to visit the most perfect restaurant.   Or to take the perfect vacation.

Consume them if you will. But the do-dads will collect dust, the meal will reach its conclusion as well as the vacation.

Just like Esau’s meal… you will have no return for your investment.

What are you doing with your life that will yield eternal dividends?

Josh McDowell tells about the time he was visiting with a “head-hunter” — an executive recruiter who seeks new corporate executives for other firms.  The man told him, “When I get an executive that I’m trying to hire for someone else, I like to disarm him. I offer him a drink, take my coat off, then my vest, undo my tie, throw up my feet and talk about baseball, football, family, whatever, until he’s all relaxed.  Then, when I think I’ve got him relaxed, I lean over, look him square in the eye and say, ‘What’s your purpose in life?’  It’s amazing how top executives fall apart at that question.

“Well, I was interviewing this fellow the other day, had him all disarmed, with my feet up on his desk, talking about football.  Then I leaned up and said, ‘What’s your purpose in life, Bob?’  And he said, without blinking an eye, ‘To go to heaven and take as many people with me as I can.’  For the first time in my career I was speechless.”  (eSermons, 6-29-04)

We can accomplish more than our name says we can.  We can receive more from God than we can even imagine he wants to give us.

22 times in the Bible, God is referred to as the God of Jacob.  You see the phrase the God of Israel… but more often that refers to the nation, not this individual.  Why is this designation still used even after Jacob’s name is changed?  Why is the designation “crook” not dropped?

I think it is a reminder to us Jacobs… that there is a God that loves us and wants a relationship with us.  A God that desires to give us his blessing.

Galatians 3:29 reminds us that if we “…belong to Christ, then we are Abraham’s descendants, heirs according to promise.”  Stop scheming to get ahead… stop thoughtlessly consuming life’s blessing… surrender to what God has for your life.  How is your appetite?  Is it for more of Him?