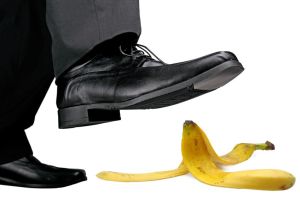 The autobiography of Billy Graham begins with this sentence: “It was July 14, 1950, and I was about to make a fool of myself.”

He had just spoken personally with President Truman. They spoke informally for a bit and then he went out to the press and told them every word of their conversation (some of it very personal in regard to faith and religion).  He then knelt down and prayed a prayer of Thanksgiving in front of all the popping flashbulbs and scribbling pencils.

Truman was furious.  He never invited Billy back to the White House during his presidency.

One White House staff memorandum in late 1951 stated bluntly: “At Key West the President said very decisively that he did not wish to endorse Billy Graham’s Washington revival meeting and particularly he said he did not want to receive him at the White House. You remember what a show of himself Billy Graham made the last time he was here. The President does not want that repeated.” Ouch!

Billy Graham, however, was able to not only speak, but be the confidant of several president following. Billy learned a secret about mistakes.

Abram in Genesis 12:10… just 6 verses from his marvelous act of obedience in verse 4… makes a misstep.  Abram went to the promised land as instructed and pitched his tent. The Promise had been offered and Abram had taken God up on His offer.  Now came a period of waiting.  If one was to give grades to Abram so far.  He would have straight A’s.  An “A” for listening to God.  An “A” for submission.  An “A” for obedience.  But now, when it comes to waiting, he gets an “F.”

He first of all goes into the Negev – a Desert Region, Southern most extremity of the promised land.  Nothing wrong with checking out the land.  But it is there that he meets a test.   12:10:  “Now there was a famine in the land; so Abram went down to Egypt to sojourn there, for the famine was severe in the land.”

Here is Abram’s first test: “Will God provide for my basic needs?”  He took one look at his circumstances and said, “There is no way this is the road God wants me on. It is time to abandon faith and time to start using some common sense.”  What road does your faith have you traveling these days?  Are you looking for a way around some struggle in your life?  Maybe the way God would have you move is through, not around your difficulties.

Being in the wrong place at the wrong time makes people do rash things.  Check out Genesis 12:11-20.  With brutal disregard to Sarai, and a total lapse from faith in his Lord, Abram resorted to deceit in order to save his own skin.  In the process he endangers his family.  (Husbands, don’t ask your wife to be complicit with you in a lie.  You are out from under the protection of the Lord when that occurs.)  Abraham lies to Pharaoh… well, half lies anyway.  Sarai was a half-sister.  Abram, the great man of faith, knew what it was to desert the way of faith, and experienced fear and fell into temptation.

But after practically being thrown out of Egypt (12:20) Abram did what we all must do after a misstep.  13:3-4 reads:  “He went on his journeys from the Negev as far as Bethel, to the place where his tent had been at the beginning, between Bethel and Ai, to the place of the altar which he had made there formerly, and there Abram called on the name of the Lord.”

He retraced his steps and he finds forgiveness, cleansing and renewal… where?  Where he had last worshiped the Living God.

Driving around a new neighborhood a young woman noticed a hair-salon chain offering $10 haircuts. “How could local salons compete against such a low price?” she wondered.  Then a few doors down she saw a sign on the storefront of a locally owned salon, it read, “WE REPAIR $10 HAIRCUTS.”

There ought to be a sign outside our churches that reads:  “God Repairs Damaged Lives.”

Remember Billy Graham’s mistake.  He learned from it.  Right after that debacle, Graham vowed never to make that mistake if he was granted access to a person of influence again.  He learned from the error… repented of it.  And it made all the difference.

Made a few missteps?  Your journey isn’t over.  Retrace your steps back to the sight of your last act of faith.  He awaits you there with forgiveness, healing and a fresh map of the promised land.