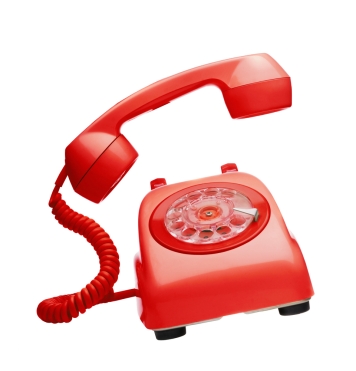 Pick Up the Phone:  God‘s Call on Your Life

(Part One of Five)

A few Sundays ago I began my sermon with an illustration regarding the NFL draft.  I started by saying that the story I was going to share would probably only reach the men that morning.  Then I asked who was following the draft.  5 women and no men raised their hands.  Go figure!

A story on Yahoo! Sports caught my eye that weekend:  “E.J. Manuel says he didn’t share the rest of the football world’s surprise when the Buffalo Bills made him the first and only quarterback selected in the first round of the NFL draft on Thursday night. The Florida State signal caller was in on the secret that the Bills coveted him highly and the two sides officially became a pair when the team selected him with the No. 16 pick after trading back from the eighth slot earlier in the night.   Manuel was taken offguard earlier in the night, however, when someone accidentally dialed a wrong number and gave him a slight rush of excitement over the possibility of top 5 money.

E.J. Manuel said his green room hotline phone rang at pick 3. He got excited, then the voice asked if they could talk to Dion Jordan.”

That had to be a rude disappointment.

It reminds me of when my boys were involved in sports.  After a couple of days or sometimes weeks of practice, they would wait all day by the phone to see if they made the team.  It was a tense time for them… and us!

Some of you are like that athlete in the green room or one of my sons.  You have been waiting ever so long for that phone to ring… for it to provide the answer to your future.  You want to say:  “God, could you help me out here.  I feel like I’m pick #167 or something.  Am I even wanted?  Will I get picked at all?”

Well first let me say:  Relax, you made the team!  You were picked the day you accepted Christ!  He gave you a new team (the Saints), a jersey (a robe of white) and a team motto:  “If God be for us!  Who can possible be against us?”

But maybe you are more interested in the specifics… What position will you play on the team?  What areas should you be training?  When will you get a chance to score for the kingdom?

I want to start this series with a pair of my favorite verses regarding calling.   The first of these is at the end of Paul’s mini-testimony in Philippians, chapter three.  “…I press on in order that I may lay hold of that for which also I was laid hold of by Christ Jesus.”  There was a reason God had picked him for the team and Paul was in hot pursuit of that reason.  Are you?

The other verse is more an observation by Luke, than a complete thought.  In talking about the adversaries of Jesus in his Gospel, he write:  “But the Pharisees and the lawyers rejected God’s purpose for themselves…” (Luke 7:30)

Putting these two thoughts together I come up with two principles:  1) God has a purpose for your life that He wants each of us to pursue.  (i.e. You made the team!) and  2)  You can either accept or reject that calling.

Who God calls as a higher pick than you should be of no consequence.  Just pick up the phone and get your assignment.  That could be Him calling right now!